Full version is 16mins 37secs long, and can be downloaded and streamed online.

A day of sunshine and showers had seen Andrea alternating between a one-piece waterproof and a t-shirt. As she put the horses out in the early afternoon she marvelled at how lush and green everything looked – the leaves and the grass were still wet from the last rain shower, and they glistened in the bright June sunshine.

This verdant scene reminded her of one of her favourite secret places – a section of the river near to the farm which cut through a wood, with a vertical cliff on one side. It was always dripping with green down there, and it had been at least 12 months since she’d last visited.

She was already wearing an Ilse Jacobsen one-piece waterproof suit, so she swapped her wellies for neoprene socks and a pair of leChameau waders, and jumped into the pick-up truck for the short drive to this most secret of places. She had never seen anyone at this part of the river, nor had she ever heard anyone speak of it. It was a land that time had forgotten.

She descended the steep bank down to the river’s edge, hearing a piercing bird screech as she did so. Splashing along the shallows at the edge of the river, she was fascinated by the overhanging cliffs, dangling ivy and mossy trees. Dippers darted across the water’s surface, and she saw a kingfisher feeding its young.

There was little water coming down the river, which was good news because after heavy rain the river is a raging torrent. Nevertheless, it was soon apparent that there was no way that she could cross to the far bank without getting rather wet. Never mind! She is a firm believer that waders are for getting wet in…

Having got totally soaked by splashing, wading and swimming, she stripped off her waterproofs to reveal the Horze waterproof riding tights and B//Vertigo riding jacket that she was wearing underneath. Swimming in these clothes is always such a pleasure and so she spent the best part of an hour luxuriating in the cool flow of the river.

Eventually she had to admit that she was both tired and more than a little cold, so she waded waist-deep back to the overgrown path that led up to the track. As she was climbing the bank, she heard that screeching bird sound again – it really did sound like a pterodactyl…! 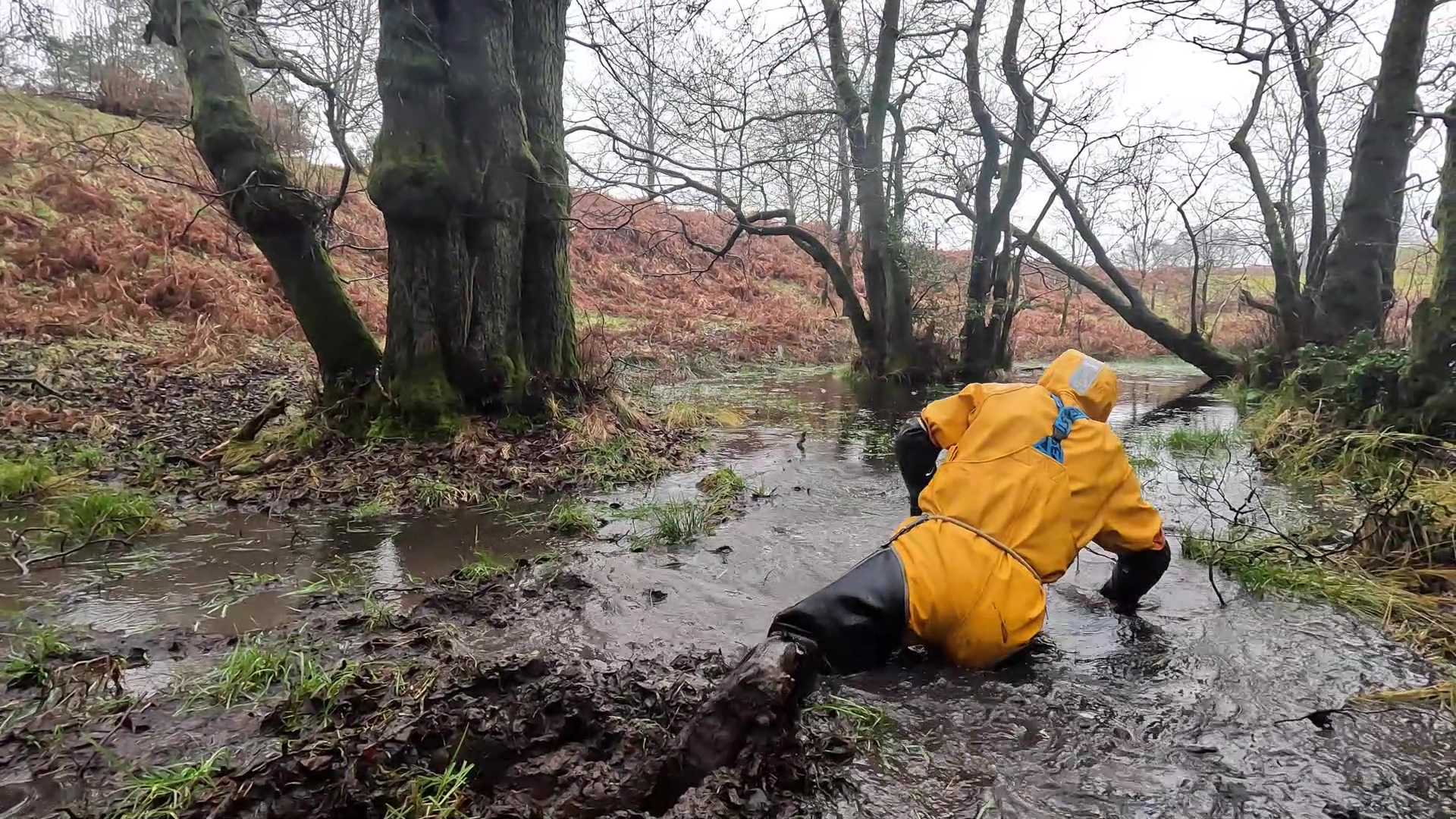