Full version is 19mins 36secs long, and can be downloaded and streamed online.

Over the past few weeks Andrea had noticed how the nights were closing-in and the daytime temperatures were gradually dropping, it was clear that Autumn was coming; but, officially it was still Summer and the daytime temperatures were still in the low 20’s of degC. It wouldn’t be long though before Andrea was resorting to catsuits and wetsuits and waterproofs and neoprene wellies for her wet and muddy adventures, but perhaps there were one or two final opportunities for this year to get wet and muddy in ordinary clothes…

Lycra jodhpurs and a lycra riding shirt were what she decided to wear, along with a pair of leChameau rubber waders and a short Helly Hansen waterproof jacket. The next decision was where should she go for her adventure? It had been a long time since she’d been to the muddy marshes at the coast, she thought; and so, it was determined.

Upon arrival at the coast it was clear that the tide had recently receded, leaving large salty pools across the marsh flats with deep muddy gullies in between them. This was ideal! And it was going to be a lot of fun…

Having splashed through a few knee-deep pools, she ventured into the first large gully that she encountered and, after slogging through the mud for several hundred meters, she dropped to her knees, splattering mud up her waders and across the crotch of her jodhpurs. Having rested for a moment, when she stood up she walked to a nearby mud bank and sat down with a splat to look at the view. Instantly the sloppy mud soaked through her thin jodhpurs. Nice, she thought.

With the feeling of her rather wet and muddy bum encouraging her to do more, Andrea flung herself headlong into the nearest pool of sea water and then slid down into a gully and nestled her butt into the deep muddy water. It was mildly warm and very soft and extremely sloppy … all in all it was very pleasant indeed. Standing again on the edge of the gully, she took off her waterproof jacket and slid back down into the sloppy mud; dropping onto her front she felt it soak though her shirt and bra before she rolled over, coating her clothing both front and back in the process.

Satisfied with her muddy bath she headed-back to one of the adjacent salty pools and spent a happy few minutes relaxing, floating and cleaning-up. She rolled her neoprene waders down to the knees and sploshed contentedly through the water back towards her truck. What a great adventure that had been! As she walked, she pondered if she should wish for an extension to Summer, or if she should she embrace her earlier ideas of catsuits and wetsuits and waterproofs and neoprene wellies… What do you think? 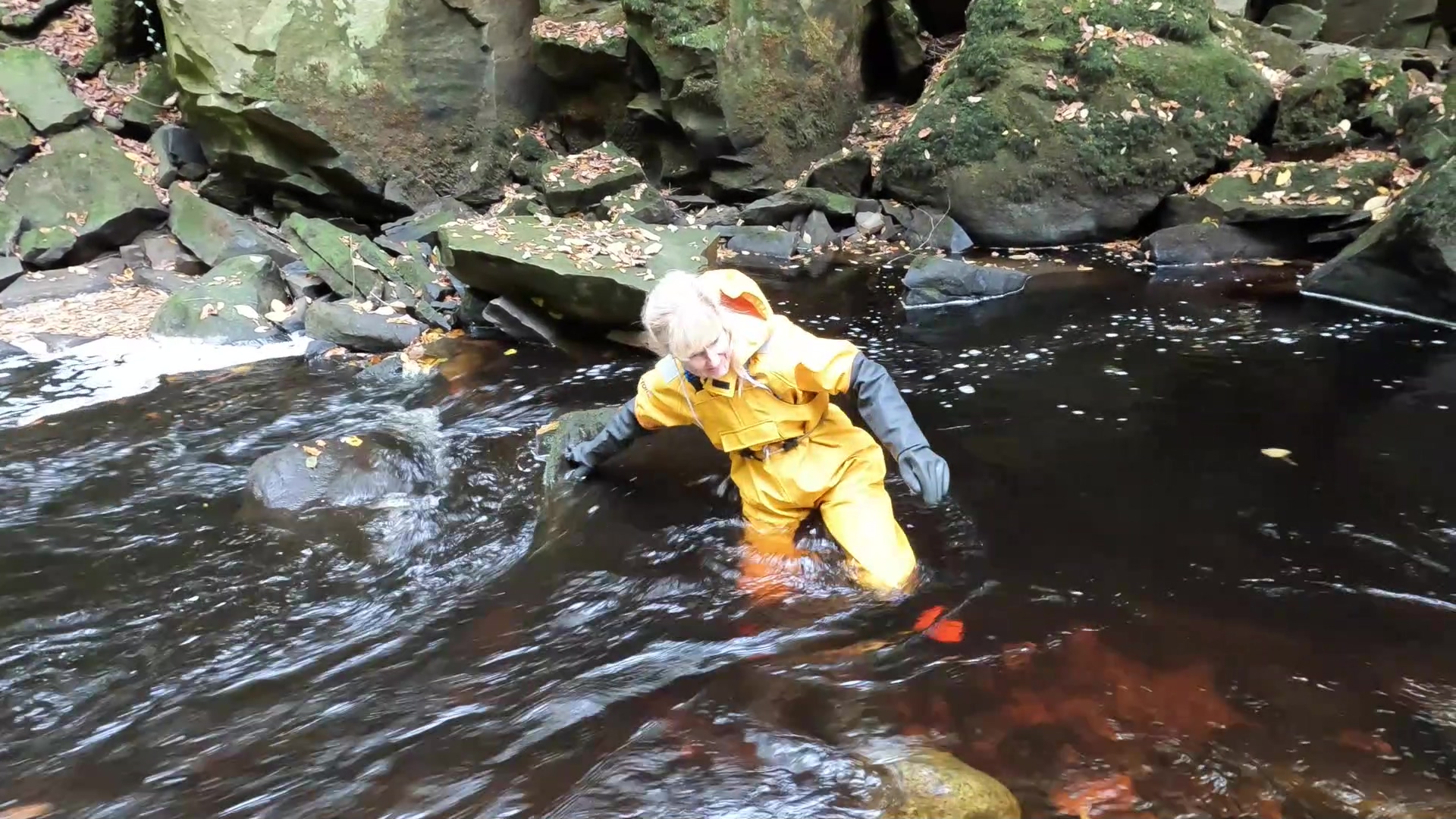 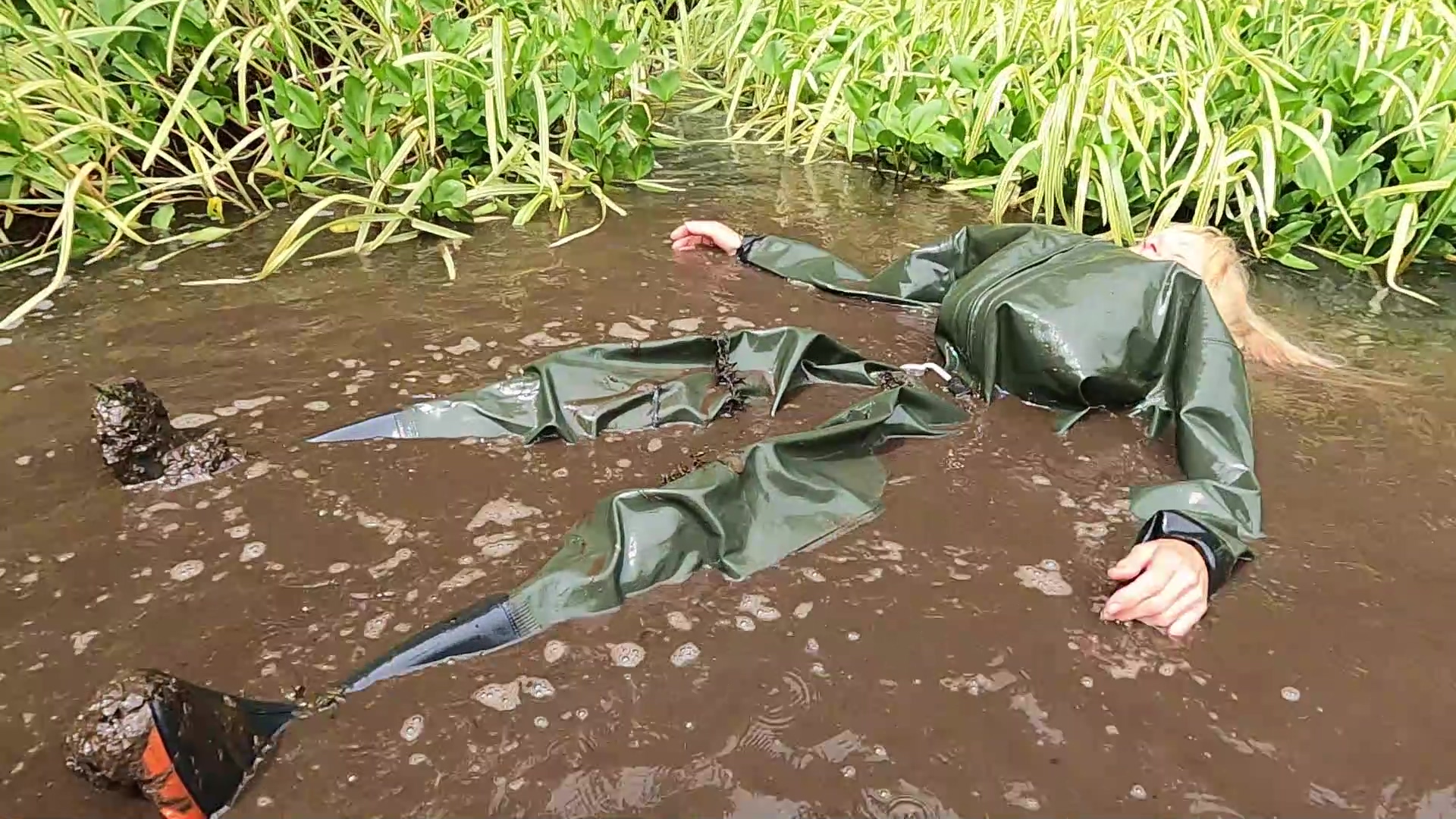